It’s almost 2020 and in 2021, Wikipedia, the mother of all wikis, will celebrate its 20th birthday. Her predecessor, Nupedia, was launched in 2000, so we could even start cutting the cake in the next quarter.

While those two decades might feel like yesterday to you (it does to me!), it marks a very long time in internet terms. Let’s remember, wikis experienced fame and glory around the beginning of this century: Up until around 2005, everybody was talking about the “knowledge society” (a term coined in the 60ies by Peter Drucker), how businesses could best profit from the knowledge of their employees and what models and tools help along the way – among them, the wiki.

Today, ”knowledge management“ is not a term anymore to write home about. Companies remember it as something “costly, with low impact”. Nowadays, acceleration, progress or success finds itself in terms like innovation, change, and digital revolution. But while the terminology and industry practices might not be up-to-date with today’s understanding, I would like to argue, knowledge management is as necessary, useful – and fun! – as it was back then. Also, it is happening in any case, whether commissioned or ignored by management.

Why does this old fashioned idea of a wiki still fit in better than ever? Let’s recap.

What was a wiki back then?

A wiki is by definition both a technology and a work model: The technology can be based on MediaWiki, Atlassian’s Confluence, DokuWiki or similar software. Collaboration on content is at the heart of the work concept: Every reader becomes a writer, content creation happens more bottom-up than top-down and working together creates better results than just the sum of its parts.

Sure, there is a lot of truth in this concept, and it has changed the way we think about information and knowledge creation and retrieval. However, what works for Wikipedia, hardly ever works for smaller wiki projects. Huge part of Wikipedia’s success is not its multifunctional software, its beautiful design (Wikipedia itself is still basking in the glory of old times and has not considerably changed its looks since then) or overall high quality – instead its value for society as the main source of collective knowledge on the web. For Wikipedia, it is sheer quantity that counts towards its impact. (At the same time, it needs a lot of people throwing a lot of time at it for it to function.)

Understandably, today many hear „wiki“ and still think „Wikipedia“. Is there even more to it?

What is a wiki now?

To put it simply: The possibilities for a wiki to shine have multiplied.

Working in a wiki has always felt a bit revolutionary, chaotic, and unstructured. What makes the quality assurer feel a bit uneasy, is actually a feature of the wiki – if not its strongest USP. The real world is messy! When a software can deal with that messiness, it sure is a keeper.

In a semantic wiki like Semantic MediaWiki, the core plus the semantic data structures create an unbeatably strong combination of content creation and data and information processing – knowledge management, if you like.

This duality in data processing (between structure and freedom) is the killer argument for using a wiki. Now more than ever.

Semantic wikis are used for a wide variety of use cases, including documentation, websites, knowledge portals, intranets, project and quality management tools, glossaries, reports, to name but a few. A wiki is a bit like an empty kitchen: You have all the cutlery and crockery there, the space and the machines. Then you bring the vegetables and decide what you cook and who is going to eat, just some carrots for you and your cat, or a big pot of curry for your bunch of work colleagues.

A semantic wiki is one way to tackle questions of organisation, archiving, documentation, knowledge transfer and collaboration. It also helps with data processing for artificial intelligence and runs entire software businesses. Many other software solutions manage to help with similar tasks. But in a world that is continuously becoming more and more complex, we need software that is sustainable in itself, grows with changing demands and is messy enough to leave room for development. I have yet to find another framework that is as flexible and promising as this one.

One last thing: About naming the baby

Community conferences of enterprise users are happening twice a year in rotating locations. Since long, the naming discussion has been going on and has not yet been resolved. It’s an emotional discussion and most of the contradicting arguments towards either name are valid. Some possibilities:

Semantic MediaWiki conference (SMWCon). The original name used since 2010, now used for the European issue in fall. However, parallel to Semantic MediaWiki, ideas and technologies like Cargo and Wikidata have evolved, therefore the term now seems to be too narrow.

Enterprise MediaWiki conference (EMWCon). The chosen name for the North American issue of the conference in spring. The name accentuates business use cases of the software as opposed to Wikipedia. However, it excludes the public sector and myriads of private wikis. It also lacks tribute to its original idea.

XMWCon. Stands for all other and new names. Problems include quality of self-explanation, identification of community members, clashes with other conferences‘ names and personal preferences. Like naming a child, it’s not easy.

Whatever name you prefer, whatever your certain field of expertise, at these conferences, there will always be a lot of practical advice, jaw-drapping use cases and strong community bonding happening. So join us this September in Paris or next year in Northern America.

2 thoughts on “Why are we still talking about wikis?5 min Lesezeit” 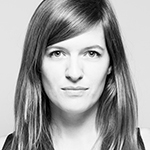